The Doctoral program in AUtonomous SYstems (DAUSY) refers to a broad area of Information Engineering of great current interest. It is aimed primarily at students with a background in automation but is accessible to all graduates with knowledge in information engineering, for whom specific courses aimed at bridging the gap will be added. At the same time, automation and control is the focus area for this field, as is clear from the name itself (the adjective autonomous has the same root as automation). The Ph.D. is structured in three curricula that specifically address different topics and application areas and differ and complement each other in technological and methodological terms. We indicate the following names and keywords of each, detailing the methodologies and cross-cutting aspects that unite them:

C1 – AS for Automation

For sustainable and green automation, the Ph.D. student will study research topics aimed at making an industrial system of the future automated and high-performance, studying issues of distributed control and supervision for systems composed of networks of sensors and actuators, collaborative robots, including through advanced modeling methodologies and optimization and simulation using digital twin techniques, as well as through the use and study of modern and advanced mathematical theories and tools.

Application areas: Curriculum C1 covers all areas of automation, not only in manufacturing processes but also in agriculture and transportation sectors, including logistics.

C2 – AS for Smart Environments

In smart environments such as smart cities, autonomous vehicles and mobile robots, smart grids, sustainable mobility systems, smart buildings, and smart homes, it is crucial to explore advanced control issues based on cyber-physical systems, distributed optimization, and applying predictive control methodologies, consensus or training algorithms or control over networks, and distributed system identification. As a special but highly topical case, we cite the sustainable development of power systems that requires new approaches for the management and control of renewable sources and energy storage systems: these are no longer centralized but distributed and benefit from the use of the topics addressed in this curriculum.

C3 – AS for Monitoring and Security

A central issue in the design and management of autonomous systems is to ensure their reliability and security. This requires ensuring that they function properly even under uncertainty (robustness), monitoring and predicting failures, ensuring that confidentiality and privacy requirements are not violated, countering both physical and cyberattacks, and designing secure processes in environments where automated and human systems interact.

Application areas: As reported in many of the Italian PNRR (National Plan for Recovery and Resilience), the word security appears in a variety of areas such as environmental, IT, public administration, buildings, networks, clinical-health, etc. 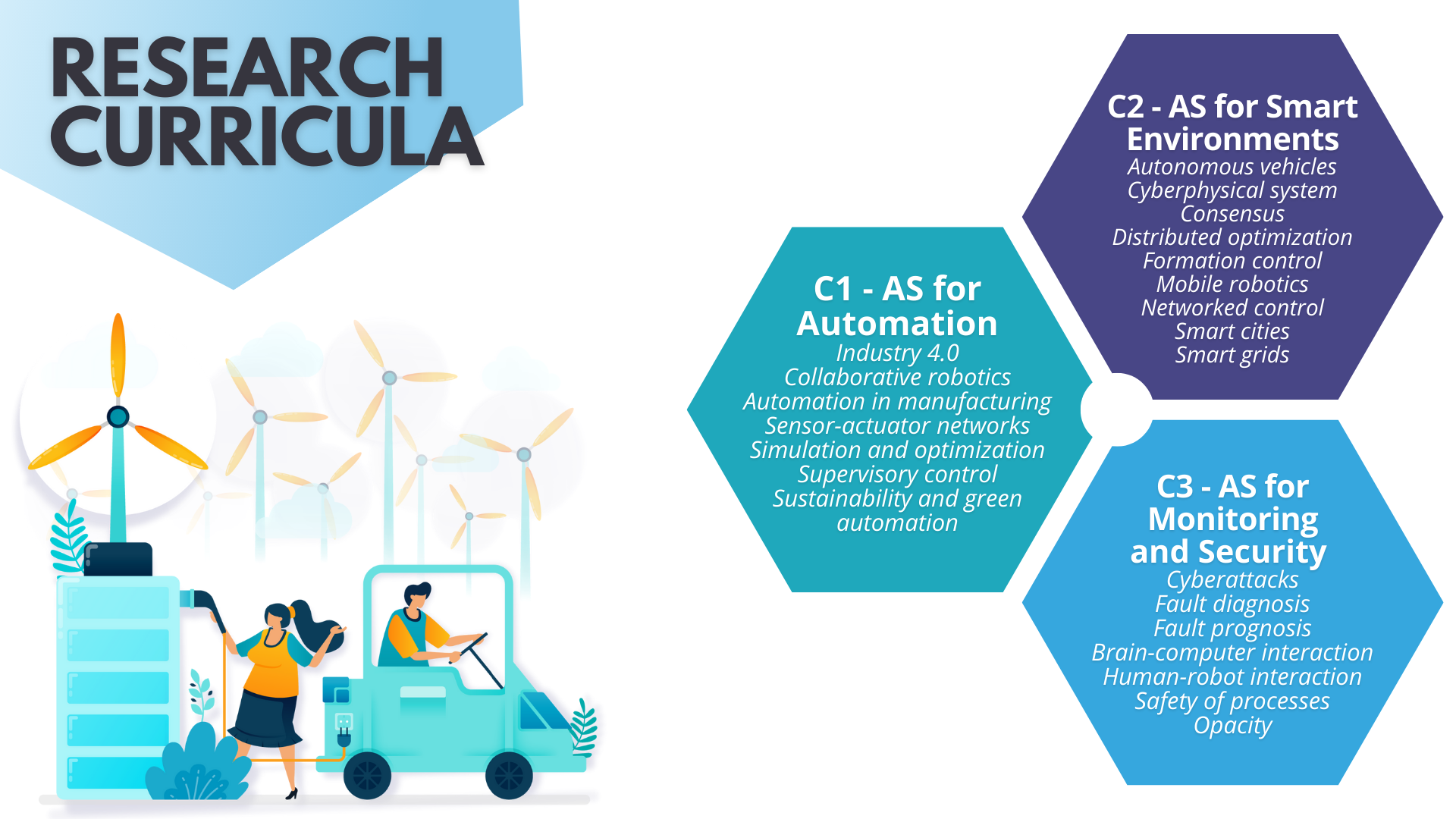 The three curricula have as a common research base the cross-cutting methodologies and approaches that are foundational to systems engineering, such as modeling and control methodologies, whose keywords are given below:

The goal of the training course, for all three curricula, is for doctoral students to have acquired at the end of the program a set of scientific and technological skills deployable in industry, research and public administration that we can summarize by the following keywords: 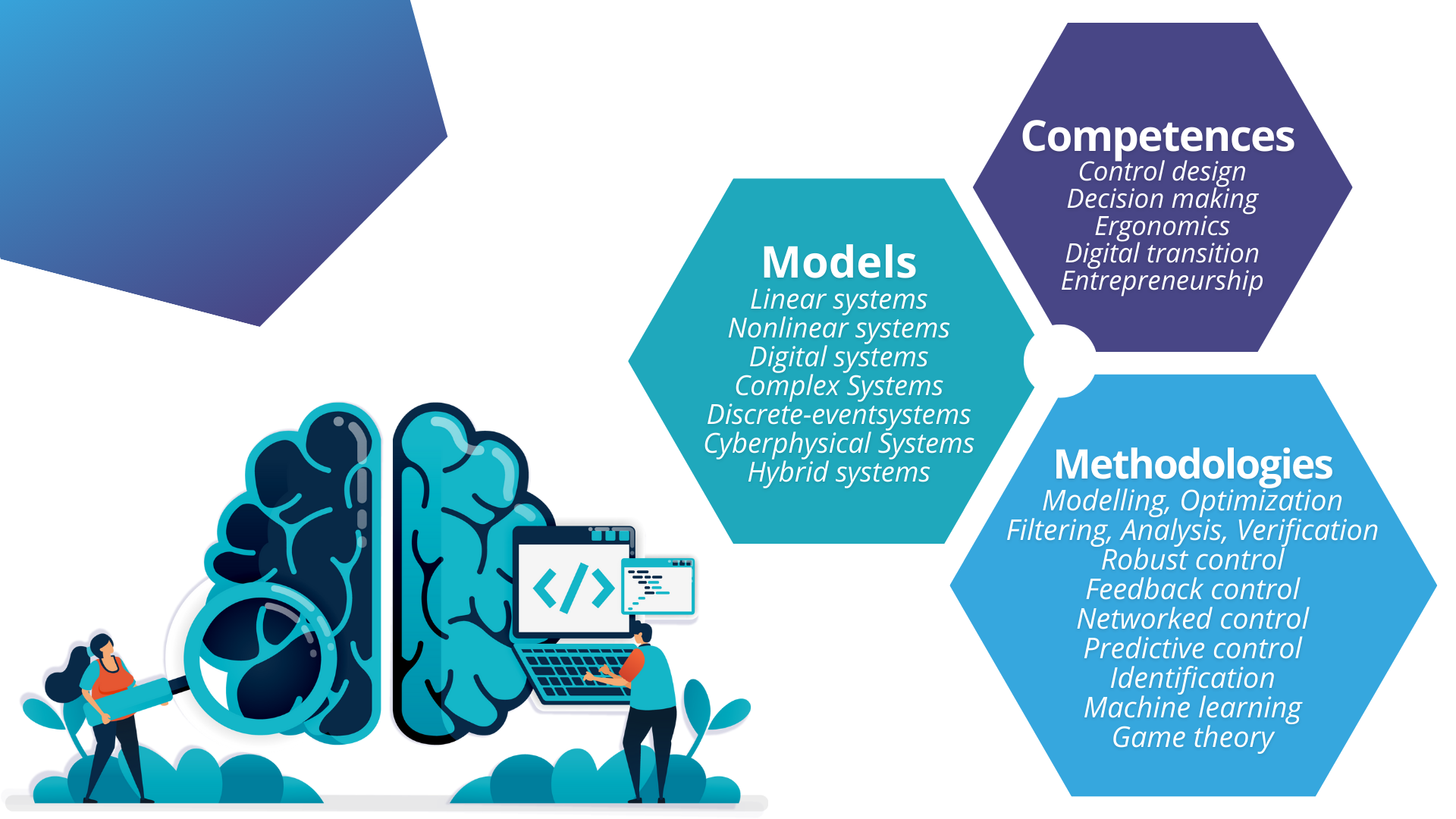 Discover more about the program!

The dates and the procedure for the selection Interviews are available at https://www.poliba.it/sites/default/files/dottorati/dausy_avviso_colloquio_seduta_pubblica-interview_notice_public_session.pdf

The deadline for the call for admission to the PhD courses of the XXXVIII cycle is postponed from September 5, 2022…

Multiple application rounds are held per year, with deadlines typically around September and December.

Find out how to apply

Find out more about becoming a Ph.D. candidate of the program or contact us for more information on the program.

Frequently asked questions
Get in touch